Based in Fremantle, Western Australia (Nyungar Walyalup boodjar), Tessa MacKay paints hyperrealism portraiture. Her large-scale works, sometimes meters in dimension, envelop the viewer within near abstract micro-details that come together to form the overall subject. But this pursuit of detail is not in sole mimicry of the reference photography upon which the works draw from. The works simultaneously embrace the medium of paint. Subtle but intentional instances of less-refined brushwork provides relief and reminds the viewer they are before an artwork made by human hands; an interpretation, not a reproduction.

The considerable time it takes to generate these works, often a year or more, is necessary to technically realise such detail at scale, but also forms a ritual-like, meditative practice that feeds a free-forming interpretive journey. In doing so, this lengthy transposing of the subject – from reference photography to oil paint on linen or canvas – becomes intuitive and non-intellectualised. Although the subjects are not of a religious context, the drawn-out and repetitive labour involved is devotional-like, in the hope of imbuing the finished works with a degree of awe, felt by the viewer.

Although her works are separate and do not represent the continuation of a specific theme, they are nonetheless linked by an intent. At a time when images of faces are more ubiquitous and disposable than ever before, it is through the apparent labour and time involved that Tessa strives to facilitate the viewer’s connection with the subject and their world, even if it is, itself, only fleeting. 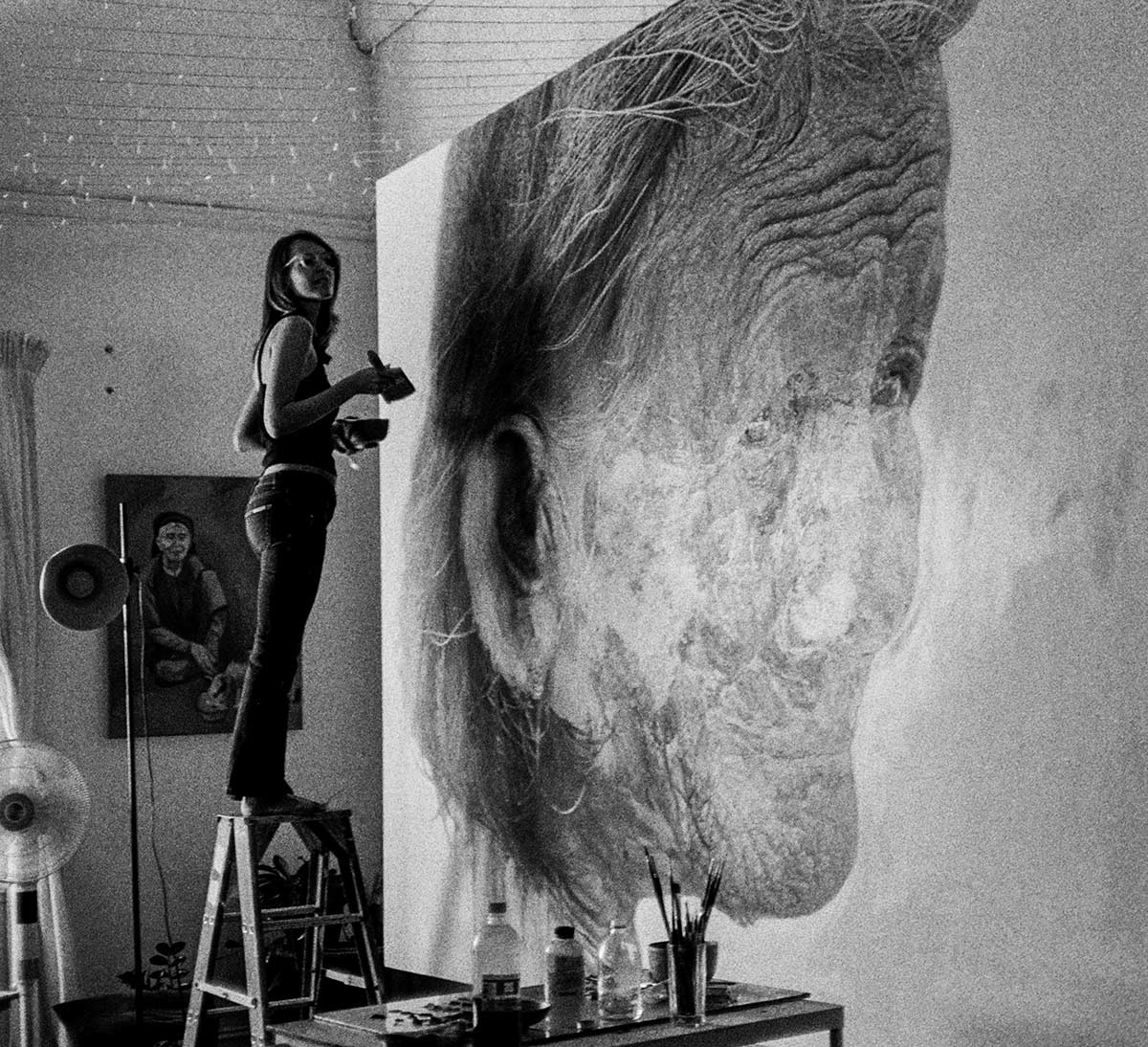 A Statement by Tessa MacKay

I humbly wish to acknowledge the custodians of this land (boodjar) upon which I live and primarily paint, the Whadjuk and Walyalup peoples of the Nyungar nation and their Elders past, present and emerging. I acknowledge and respect their continuing culture and the contribution they make to the life of this region.

As a non-indigenous artist, I seek to collaborate with indigenous subjects under an Ethical Framework whereby meaningfulness and mutual benefit is paramount. It’s a profound privilege to paint Aboriginal People; one that can only be built upon deep reverence and trust.

In sync with this, every time a Tessa MacKay print of an Indigenous subject is sold, the subject depicted (or their estate/legal guardian) receives a 10% of profit royalty.

A limited run of Tessa MacKay prints are available for purchase here. All Tessa MacKay original artworks are digitally captured with flawless detail and colour fidelity by ‘Lucida Studio’ and these high quality digital reproductions form the basis of all prints. Below is a timelapse video demonstrating the fastidious process Lucida Studio fine art photographer, Henry Whitehead, employs to capture artworks. Learn more at Lucida Studio.